Congratulations to Sophia de Marco, an eighth-grader at Enumclaw Middle School for being named the Prudential Spirit of Service Award winner for Washington State. The award recognizes youths across the country for their volunteer service.

Enumclaw Middle School teacher Karl Karkainen says that Sophia’s award-winning work is largely related to the environmental-related causes she is involved in at school. He credits the support from the King County Green Schools Program, which he says has been an essential part of the school’s leadership program.

Sophia Demarco, 14, of Enumclaw, Wash., an eighth-grader at Enumclaw Middle School, has been a leader in her school and community in promoting environmental protection and other important causes. “I have always tried to create positive change in my school, neighborhood and community,” Sophia said. So, when she entered middle school, she sought a position on the school’s Associated Student Body (ASB) council because “I realized we could do more collectively than I could do alone.” One of her principal interests on the council has been to work on projects to protect the environment and to teach others how they can support that mission. “Our beautiful Earth has the ability to take care of all its residents if we will take care of it and each other,” she said. 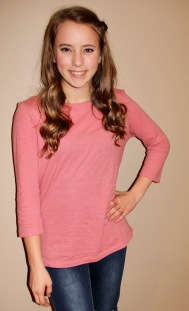 Be sure to read the entire summary for details on the projects Sophia has helped organize and lead.

All state winners will receive $1,000, an engraved silver medallion, and an all-expense-paid, four-day trip to Washington, D.C. in April for a series of national recognition events. At that time, ten of the 102 state winners will be named America’s top youth volunteers of 2018.

Congratulations, Sophia, and good luck in Washington, D.C.! Thanks for the work you do for the environment. And thanks to Enumclaw Middle School!